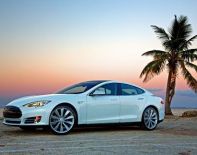 
Renault-bg.com написа:Ето един интересен материал за автомобилните батерии.
Цитат
In 1994, Stan Ovshinsky, the inventor of the NiMH battery and principal of Energy Conversion Devices with the late Dr. Iris Ovshinsky, sold control of the NiMH batteries to a jont venture, GM Ovonic, between GM and his company, with the goal of manufacturing patented NiMH batteries for EVs. Ostensibly, GM was supposed to go into production, and thus, it seemed, perhaps, natural to allow them control of the battery they would, supposedly, be using. In the event, Honda and Toyota used NiMH 4 years prior to GM's final release of a NiMH version of the EV1.

But passing control of the batteries to GM proved a fatal mistake for the future of EVs.

GM announced on Oct. 10, 2000 the sale of the worldwide patent rights for the NiMH batteries to Texaco. Six days later, on Oct. 16, 2000, even before the sale was consumated, Texaco announced its merger into Chevron, the successor to Standard Oil of California. The sale of the batteries was finally concluded on July 17, 2001, long after Texaco had become one with Chevron.

On July 7, 2004, the settlement agreement ended in complete defeat for Toyota, Matsushita and their joint venture, PEVE. NiMH was only mentioned for "hybrids", those which cannot plug in, and Cobasys, Chevron's unit, became distributor of PEVE batteries, received $20 million licensing fee, in addition to $10 million paid to Energy Conversion Devices.

Chevron oil, the successor to Standard Oil of California, thus worked with GM to eliminate the batteries needed for plug-in EVs, similar to how America's small urban commuter railroads were bought up by the same surprising buyers. The railroads were dismantled, the right-of-way lost to the public domain, just as the NiMH batteries are now unavailable to run EVs or plug-in hybrids that can replace our oil addiction and address global warming concerns.

Until we move to plug-in cars and electric trains, any talk of dealing with climate change, decreasing oil use, or getting free of our oil addiction anemia, is a sham.

Chevron's subsidiary sued Toyota, Panasonic and other battery makers, forcing a settlement agreement and $30,000,000 payment from Toyota to Chevron's subsidiary.
Most importantly, Toyota's NiMh EV-95 production line was closed down, and
No more EV-95 batteries are available for any purchaser at any price.
Toyota closed down their production line, and the batteries which power the RAV4-EV or the 1999 EV1 are no longer available. Chevron's patent rights don't expire until 2014.